After the women and men arrived on the red carpet for the MTV EMAs they all took their seats for the ceremony. Green Day kicked off the show and then Katy Perry did an awesome medley of the Best Song nominees. The show was full of great performances, like Beyonce in red suspenders, Jay-Z's amazing NYC backdrop, Foo Fighters rocking out and Shakira showing off her drumming. Pete Wentz observed he was a foot shorter than Bar Refaeli as they presented an award, and Katy interrupted Kanye's nomination clip in a nod back to the VMAs. 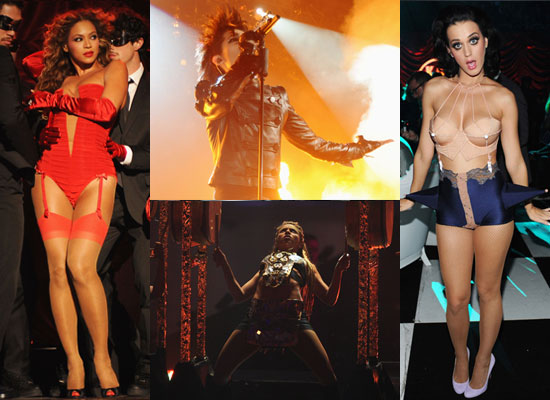 Katy made loads of costume changes, from full skirts with holes, cheeky sheer tops and a West Ham kit with Rusty emblazened on it in honour of her beau's Twitter handle and football team. David Hasselhoff, Backstreet Boys, Brody Jenner, Miranda Cosgrove, Jesse Metcalfe and Juliette Lewis presented awards to winners like U2, who performed at Brandenburg Gate with Jay-Z for the 20th anniversary of the fall of the Berlin Wall. Jonas Brothers presented a fan tribute to Michael Jackson, Tokio Hotel brought flames to the stage and Leona Lewis was surrounded by mist. Check out the full list of winners here and videos here! 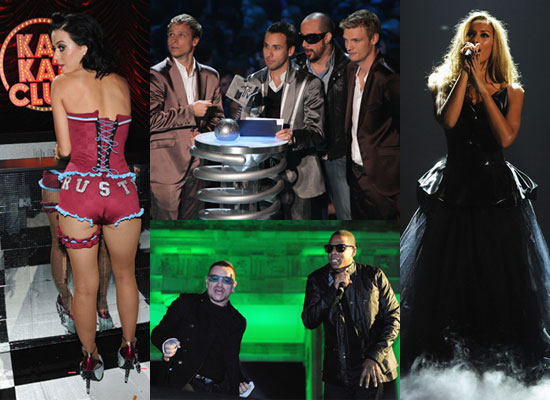 To see lots more pictures of the show, read more.