Simon Cowell turns 50 on Wednesday, so he gathered his A-list pals at Wrotham Park mansion on Saturday for a lavish party. His fellow X Factor judges Cheryl Cole, Dannii Minogue and Louis Walsh plus presenters Holly Willoughby and Dermot O'Leary joined the celebrations, with Dannii and Louis both buying him a mirror. Simon's Britain's Got Talent colleagues Amanda Holden and Piers Morgan were also spotted leaving the party. Simon's such a popular guy, his friends will even cross oceans to congratulate him on his milestone birthday, and Ryan Seacrest and Randy Jackson made the trip to represent American Idol. 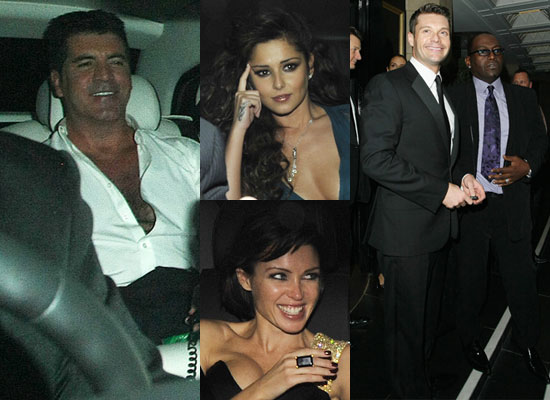 Kate Moss continued the birthday celebrations of last week with Jamie Hince, while James Corden and David Walliams shared a lift. Gordon and Tana Ramsay and Naomi Campbell also joined the party, which was Simon themed with waiters wearing masks of his face and alphabet spaghetti spelling out his name! There were also giant inflatable sex toys to entertain the guests at the party, which reportedly cost £2million. It sounds like such a fun night! 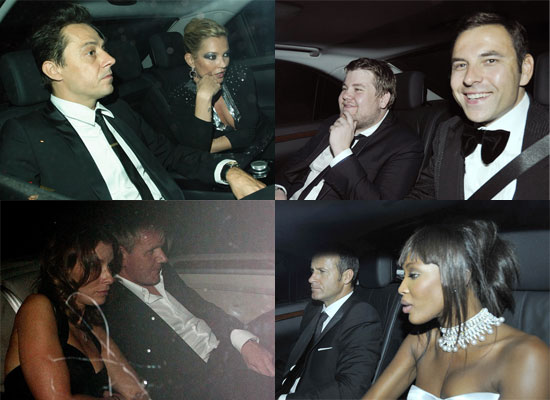