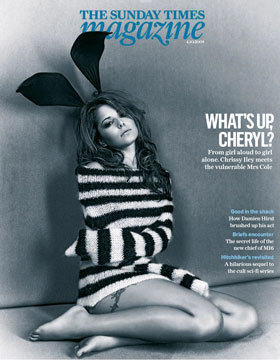 Cheryl Cole spoke to The Sunday Times about the bad and good press she's had and the stories behind the headlines, including Ashley's kiss and tell, elocution lessons, her addict ex, trust and her new solo music. If you missed reading it in print, it's all up to read online, but here are some extracts from the fascinating story:

To read what Cheryl has to say about difficulties of joining The X Factor, her drug addicted ex, her brother, and the future, just read more.

You can read the rest of Cheryl's in depth interview from The Sunday Times here.