Jessica Biel is the cover star of the Christmas issue of Marie Claire UK, and inside she opens up to the magazine about her fears for the future, acting, her lack of music knowledge, and much more. Jessica's also the star of Easy Virtue which is premiering at the London Film Festival — and YOU could win tickets to a special screening of it, so enter now! In the meantime, here's some extracts from Jessica's interview: 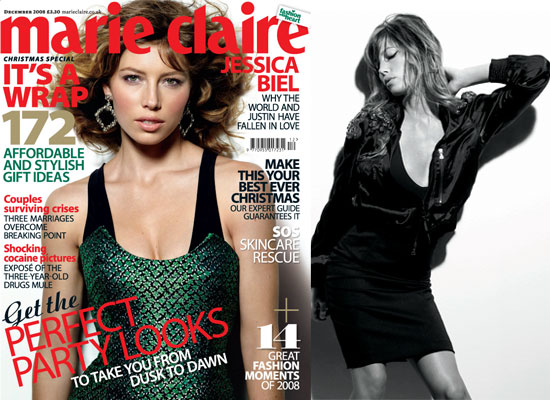 To find out more of Jessica's thoughts, just read more

The Christmas issue of Marie Claire is out now.