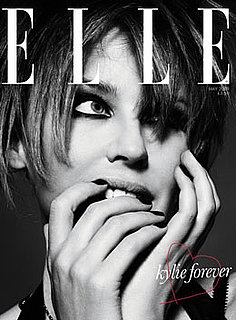 Kylie Minogue is looking absolutely beautiful on the cover of Elle magazine this month, and she's opened up about her recovery from cancer, her new man, and the tough time her sister Dannii had on The X Factor. Here's some extracts from her interview:

To read what she has to say about the drama of The X Factor and Dannii, as well as what she'll say about her new love, just read more.

To read the full interview and see more of Kylie’s exclusive photoshoot, check out Elle's May issue — out now!