Rainn Wilson is featured in the September issue of Paste magazine, talking about a whole load of his "firsts" in his own amusing style. I met up with him a little while ago, before the release date for his upcoming movie The Rocker was pushed back to October, so you'll be able to read my interview with the lovely, funny actor in a few weeks. But for now, here's some excerpts from his magazine interview: 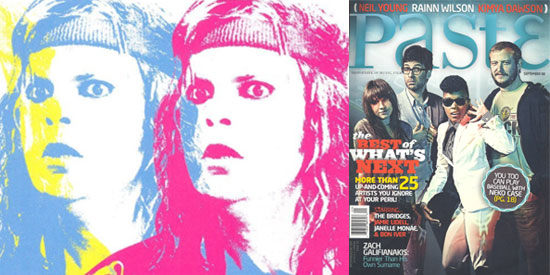 For more from Rainn on The Office: An American Workplace, and the weirdness of getting things for free just for being himself, just read more

Look out for my exclusive interview with the lovely Rainn coming up soon, but for now you can read the rest of this interview in the September issue of Paste magazine!