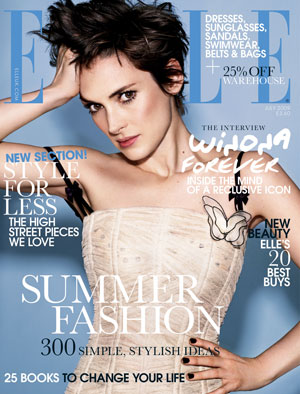 Winona Ryder stars on the cover of the latest issue of Elle magazine, and inside she talks to the mag about her new movie The Private Lives Of Pippa Lee (out July 10) as well as her childhood, acting, beauty and what she describes as her "extra large breakdown". Here's a few extracts from her interview:

To read what Winona had to say about Hollywood and her beauty, just read more.

Elle magazine is on newsstands now, and you can read Winona's full interview inside!