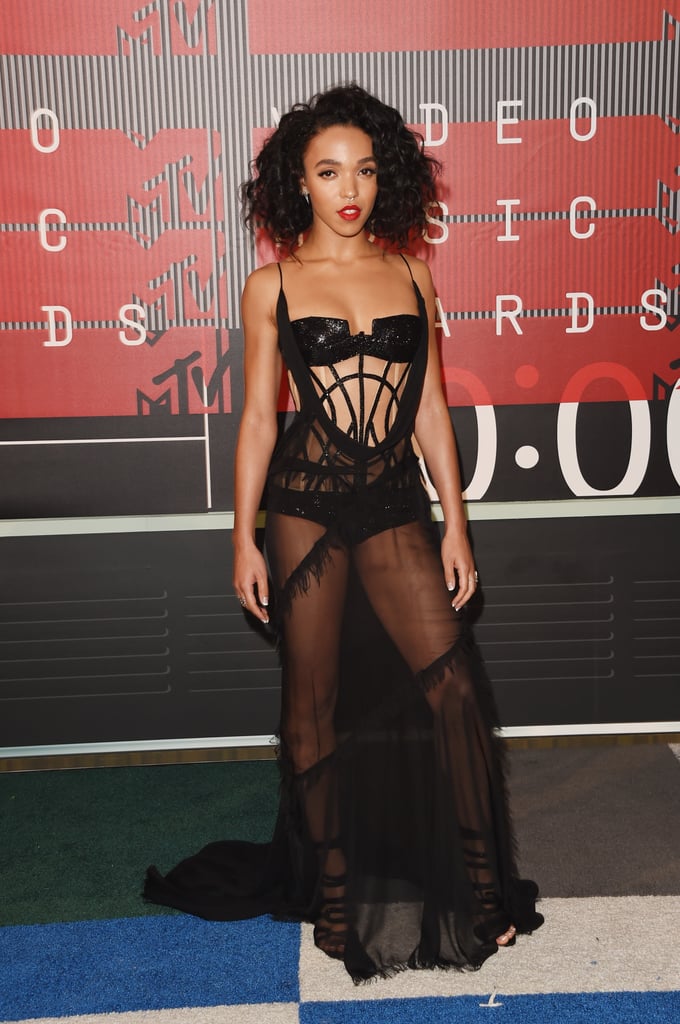 FKA Twigs stepped out in style for the MTV VMAs in LA on Sunday, striking poses on the red carpet ahead of the big night. This year, she was nominated for the artist to watch award. FKA Twigs's solo VMAs appearance comes just a few months after she and her fiancé, Robert Pattinson, made their red carpet debut at the Met Gala in the Spring. She recently chatted about their relationship in an interview and the possibility of starting a family, saying, "All of a sudden I started thinking that if I had a daughter, it is going to be terrifying." Keep reading for the best pictures of FKA Twigs at the VMAs, and then check out all the stars on the red carpet!