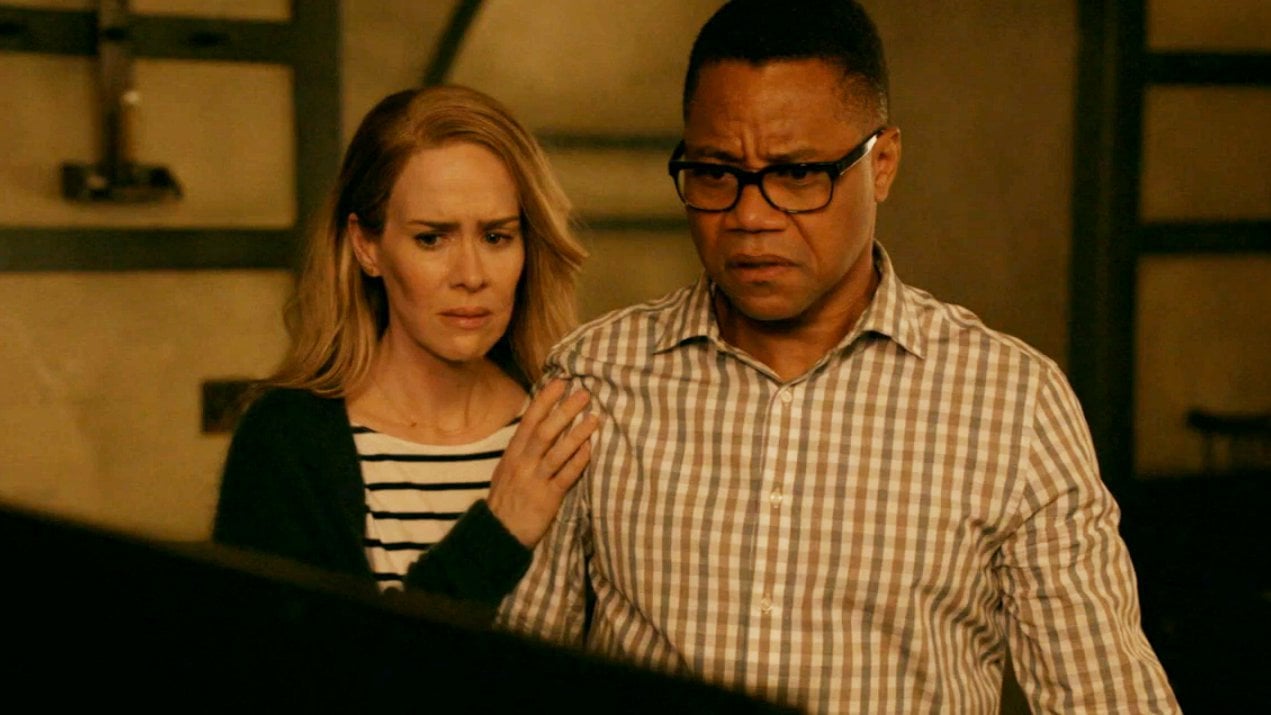 Several weeks into American Horror Story: Roanoke, FX has announced it's renewing Ryan Murphy's scary series for a seventh season. "Ryan, Brad [Falchuk] and their team of remarkable writers have done an amazing job of keeping American Horror Story endlessly inventive, shocking and entertaining and we are honoured to move ahead with them on the seventh instalment," said John Landgraf, CEO of FX Networks, in a statement. "The sustained success through six instalments only proves how intensely the series resonates with fans. AHS confronts our deepest fears with unmatched suspense and style. Each new instalment is a cultural event, hotly anticipated for its theme, imagery, cast and twists. We thank the creators and their team, the cast and everyone who has continued to make AHS such an extraordinary series."

So there you have it. We haven't even fully uncovered the theme of season six, and we already need to emotionally prepare for season seven.