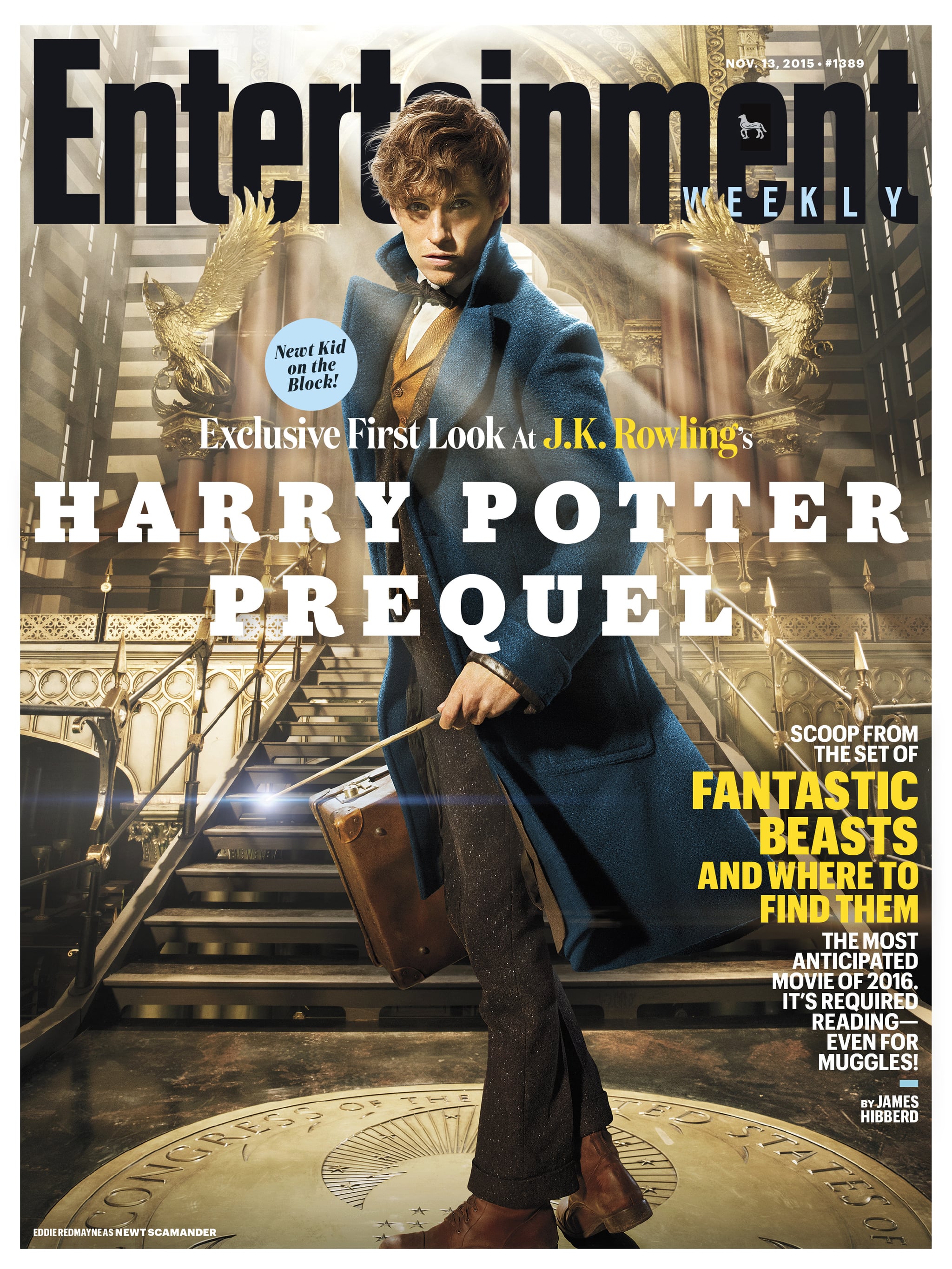 Eddie Redmayne should be gearing up for award season, given his emotional performance in this year's The Danish Girl, but instead he's already promoting his next big role! The star is playing Newt Scamander in Fantastic Beasts and Where to Find Them alongside an all-star cast. As a refresher, this is the prequel to the Harry Potter series, and we already have quite a few details. Entertainment Weekly's new cover, however, is the very first look we've gotten at Redmayne in the role. The cover story also divulges a few tidbits about the upcoming film. Here's what we gleaned!

We'll get more information when the issue hits newsstands. For now, just enjoy the cover!