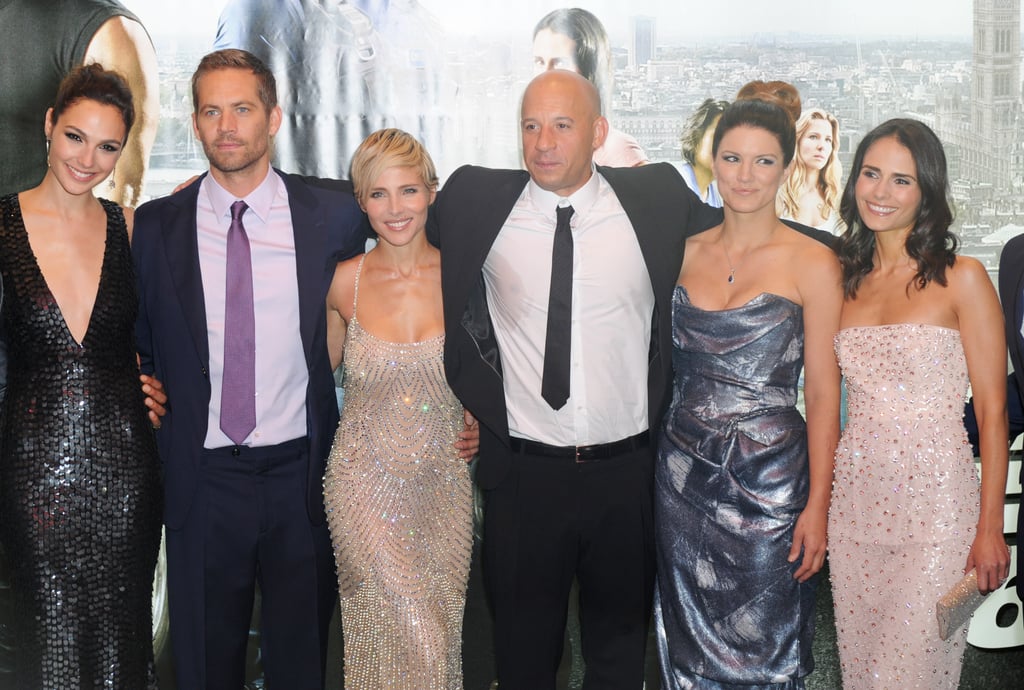 The Fast and Furious cast always dominates their red carpet premieres with stunning fashion, big smiles, and the appearances of dynamic duo Vin Diesel and Paul Walker. This year, however, there is the bittersweet reminder that Paul Walker, who passed away in 2013, will not be walking the red carpet with the rest of the cast to promote Furious 7. Both Vin Diesel and Michelle Rodriguez have opened up about losing their long-time friend while speaking about the new movie. Vin had said that he struggled to finish filming the final movie with a broken heart while Michelle, in an interview with Entertainment Weekly, admitted she had tried to tune out her feelings. Furious 7 debuts on April 3, so take a nostalgic look back at past photos of Fast and Furious premieres, where Paul and the rest of the cast took the red carpet by storm. Then check out the latest movie trailer and read the cast's heartwarming quotes about the late actor.