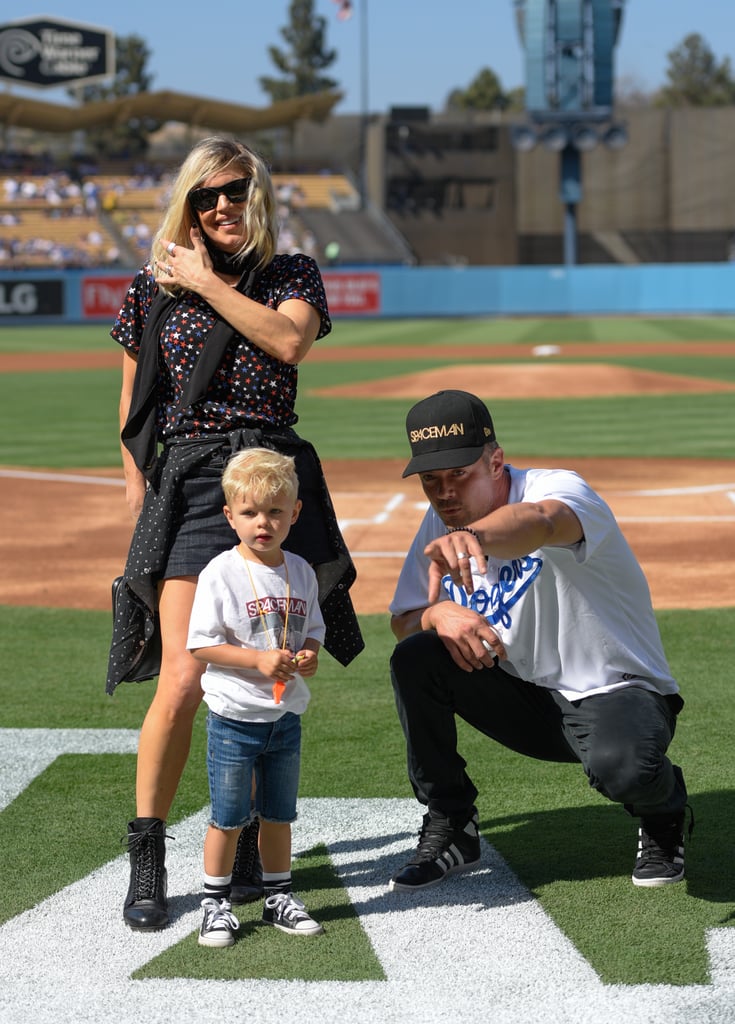 Fergie and Josh Duhamel's adorable son, Axl Jack, is growing up so fast. The 2-year-old hit a major milestone on Sunday night when he attended his first-ever baseball game with his parents, cheering on the LA Dodgers at Dodger Stadium in LA as the team took on the Boston Red Sox. In addition to wowing the crowd with his cuteness, Axl got to spend some quality time with Toomgis (a snack-covered, nightmare-inducing mascot), eat a Dodger dog, and meet sportscaster Vin Scully before watching his dad throw out the first pitch. Fergie looked flawless as usual while carrying her son around the stadium, dressed in a patterned shirt and a pair of short shorts that confirm the "M.I.L.F. $" singer has definitely still got it (as if you had any doubts). Check out more photos from their family outing below!