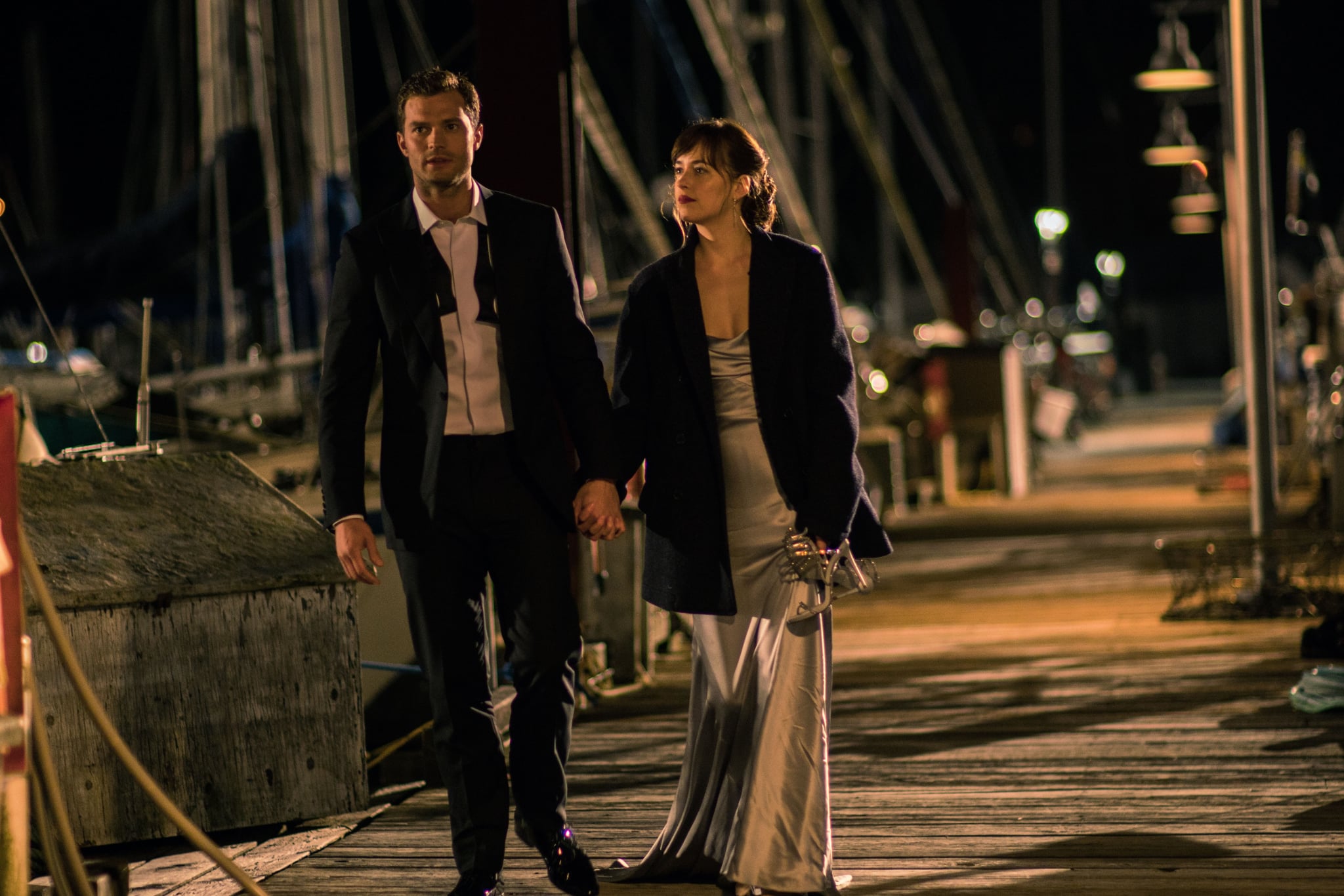 Fifty Shades Darker isn't a Marvel movie (which are notorious for after-credits scenes), so it's understandable if you packed up and left the cinema once the screen turned to black. Unfortunately, that means you missed a very exciting teaser for the next film, Fifty Shades Freed! As momentary flashes of scenes from the third and final movie appear on the screen, you can hear Christian declaring, "I solemnly vow to keep you safe for as long as we both shall live." We get to see Ana with her wedding veil on, Christian shirtless on the beach, and Ana running down a corridor.

Of course, if you've read Fifty Shades Freed, you already know what's about to happen, but it's still exciting to see a sneak peek! The final film is due out in February of next year, and since the second and third movies filmed back to back, we already have all the set pictures — check 'em out.