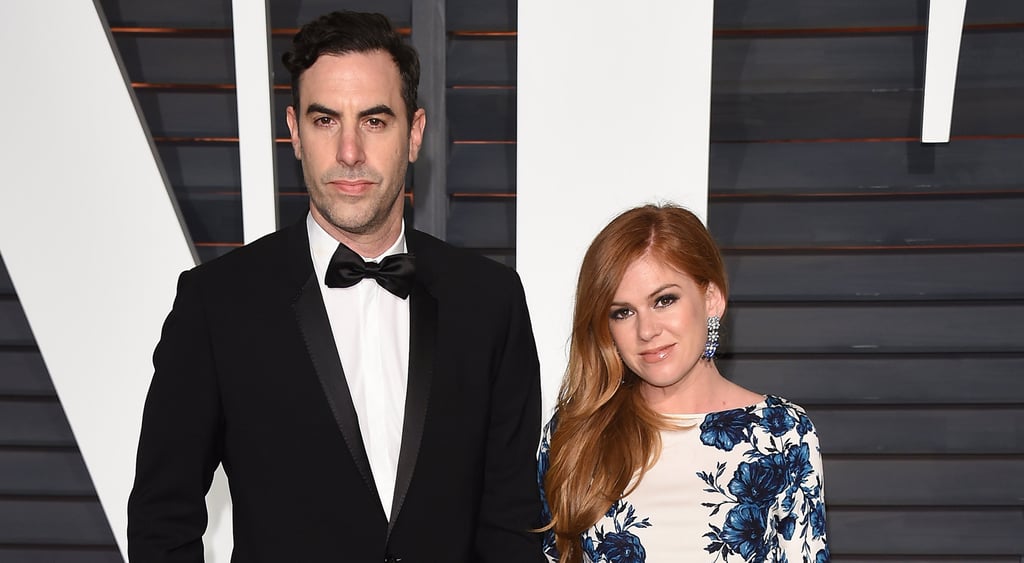 Isla Fisher and Sacha Baron Cohen welcomed a baby boy last week, and now his incredibly cute name has been revealed. The stars, who are already parents to daughters Olive and Elula, named their first son Montgomery Moses Brian Baron Cohen, TMZ reports. News of the couple's pregnancy first broke back in October. Since then, we've caught glimpses of Isla's bump during a Hawaiian family vacation in January and her hilarious appearance at the Vanity Fair Oscars party in February, where Jennifer Aniston got up close and personal. Congratulations on the newest addition!