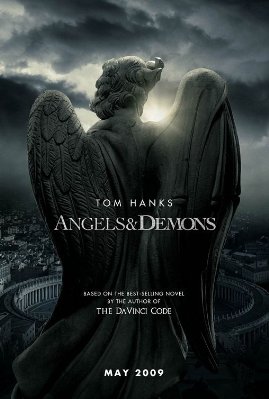 Angels & Demons is the latest Dan Brown novel to be adapted for the big screen, following the film version of The Da Vinci Code, which was released all the way back in 2006.

Ron Howard is back directing Tom Hanks who plays Robert Langdon, the Harvard symbologist who "works to solve a murder and prevent a terrorist act against the Vatican."

Ewan McGregor also stars in the film, which opens in UK cinemas on 15 May.