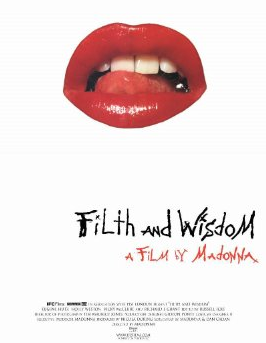 Here's the trailer for the upcoming Madonna-directed indie movie, Filth and Wisdom. I've been curious to see it as I watched the Queen of Pop herself directing the action outside a local pharmacy last year!

I'm not sure whether I'm interested enough to go see the full movie when it comes out, but what do you think? Will you see it, or skip it?