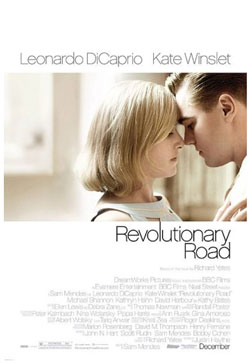 Kate Winslet and Leonardo DiCaprio are reunited for the first time since Titanic in a new movie adaptation of Richard Yates' fantastic novel Revolutionary Road.

The story focuses on a young couple living in a Connecticut suburb during the mid-1950s, as they struggle to come to terms with their personal problems along with raising their two children. It's a dramatic but fantastic book and — judging from this trailer — the film looks set to capture that too.