Lindsay Lohan missed the premiere of her new movie Machete to go out with friends last night, after leaving rehab on Tuesday night. She was wearing bright blue/green nail polish and wore a black top as she drove a rental Maserati. On Wednesday morning she reacquired her driving licence at the DMV in Santa Monica, since completing her jail sentence. While her court order says she must stay at her address in LA until November 1st, undergo psychotherapy four times a week, with counselling five times a week and two drug tests a week, her mother says Lindsay will move to New York after that. 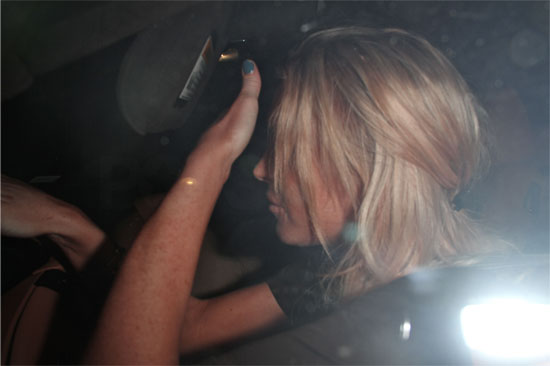