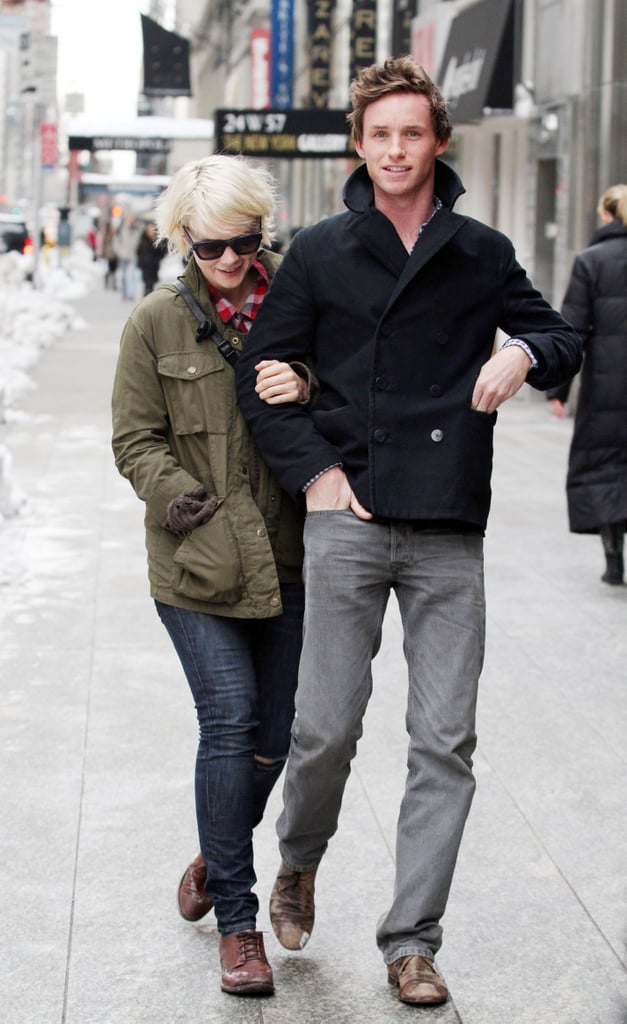 Carey Mulligan looked happy as she strolled arm in arm with her reported new boyfriend Eddie Redmayne in NYC this weekend. Following her split from Shia LaBeouf last October, Carey spent a lot of time with Tom Sturridge, but it seems she might have found a new partner as she held hands with fellow British actor Eddie. The actress has revealed recently that she believes in love at first sight. Carey and Eddie have known each other for years, having chatted at the Costume Institute Gala last May, and presented an award together at the 2009 BAFTAs. You might recognise Eddie from his role in The Yellow Handkerchief alongside Kristen Stewart, and we'll get to see him on the big screen soon in My Week With Marilyn. He is known for his stage work too, and won an Olivier Award for Red. What do you think of this potential new couple?