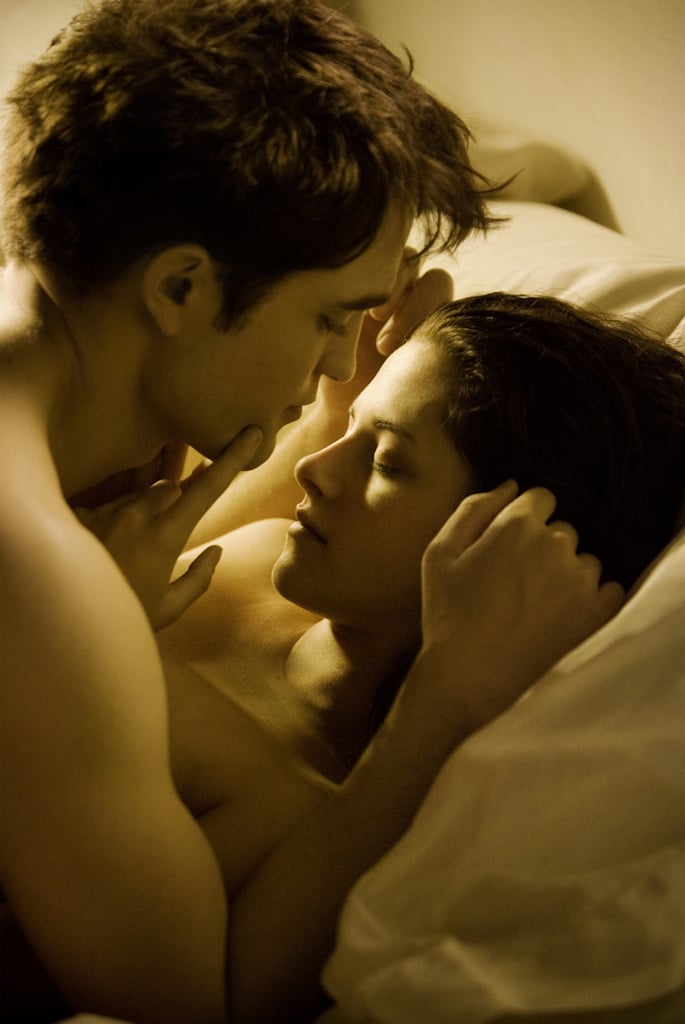 The first installment of Breaking Dawn won't be released until November, but they're starting to leak bits and pieces starting with this first still of Robert Pattinson and Kristen Stewart as Edward and Bella on their wedding night. We got a sneak peek at their sexy honeymoon scene a few months ago, though just seeing her hand wasn't nearly this exciting. Things really heated up when Rob and Kristen were spotted filming their romantic getaway in Brazil, which included steamy make-out sessions and shirtless and bikini-filled moments in front of a waterfall. They showed even more skin on set with a racy day of shooting on the beach, but this picture captures the couple in their most intimate moment yet as they embrace in bed. They're still shooting the final two Twilight movies in Louisiana, though he's back in LA this weekend to take care of Water for Elephants reshoots and play the role of presenter at tonight's Golden Globe Awards. We'll be updating on the action all night long, so stay tuned and enjoy this hot picture!