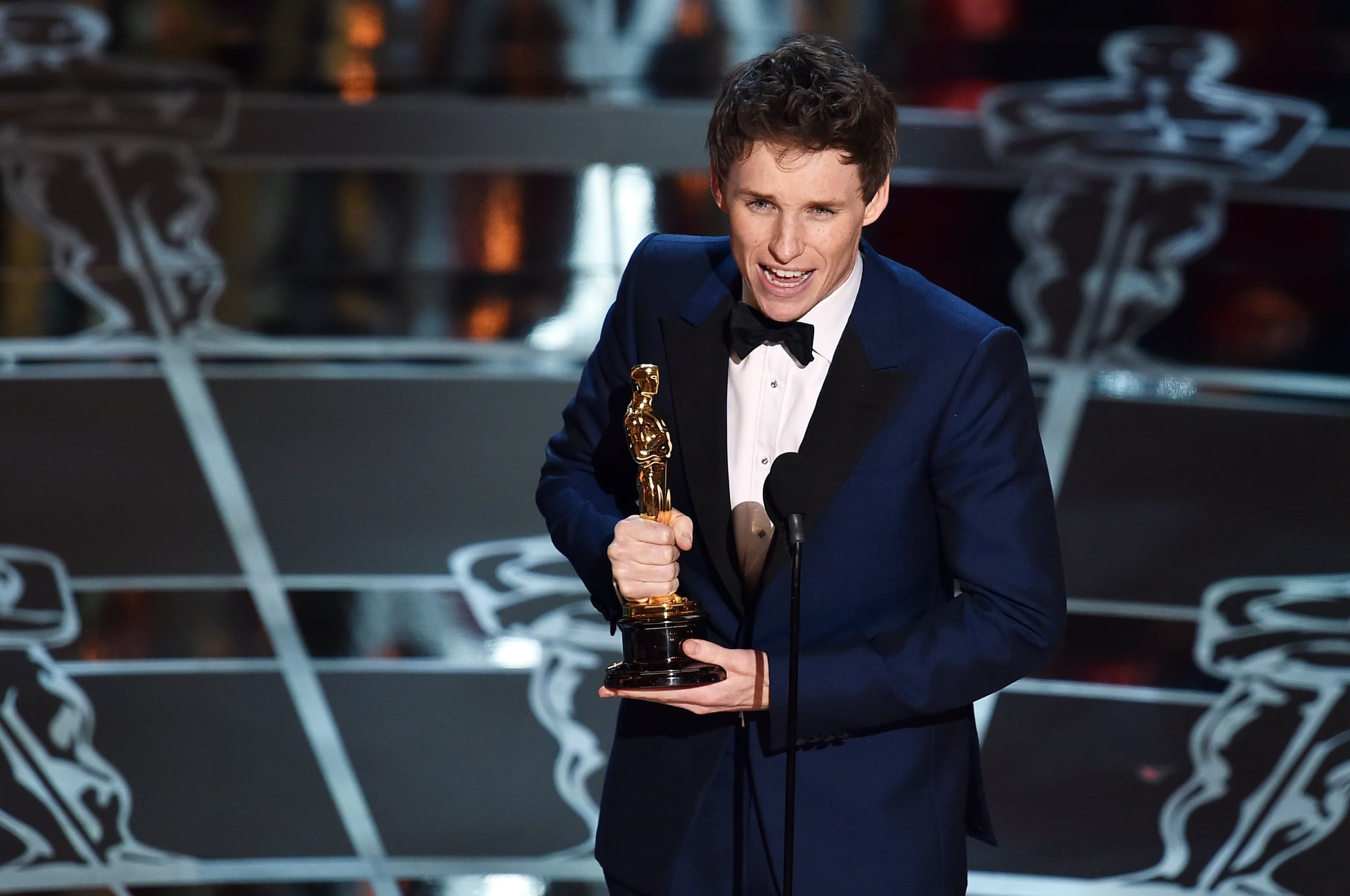 Eddie Redmayne won the best actor Oscar for his work in The Theory of Everything at the Academy Awards in LA on Sunday, and it was clear in his acceptance speech how excited he was about the honour. Surprisingly, though, the award wasn't the main thing going through his mind as he took the stage. Eddie shared in the press room after the show that one of the more exciting elements of the win was "the fact that Cate Blanchett was giving it." He added, "I did a film with Cate and it was one of the first films I did. I think she's such an exceptional actor so I was recovering from that excitement of seeing her. Then I was just trying to bury this frenzy of nerves and white noise. It just felt like euphoria, extraordinary euphoria. Something I will not forget in a hurry."

Eddie was admittedly not as nervous as one would think for the big show, and he explained exactly why. "I was really not that nervous because three years ago I came to the Oscars for the first time and I had to sing live on stage. Just before going on someone said 'that's a billion people watching.' That was such a terrifying prospect that today felt much more relaxing. Win or lose, I was so thrilled to be invited to the party. We've been staying at a hotel down the street with Sienna Miller and Tom Sturridge, old friends of mine, and Emma Stone. My pals are there, so it's felt very special the past half a day."