Wayne Coyne got covered in fake blood for a Paste magazine's violence issue and an interview where he discusses the stuff — perfect for an October / Halloween issue, right? When touring the album The Soft Bulletin, particularly the song “The Spark that Bled” the band began a now-famous trippy stage ritual in which Wayne appears to bleed from the forehead. Here's some excerpts from his Paste interview: 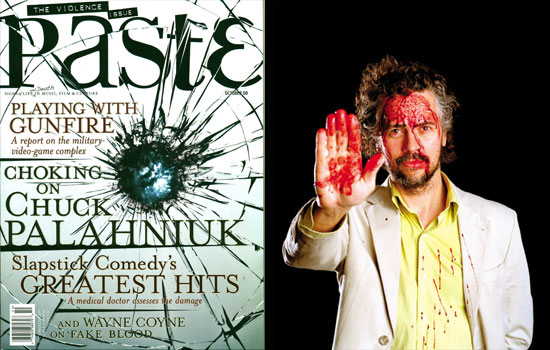 You can read more of Wayne's amusing interview in the violence issue of Paste magazine, out now.