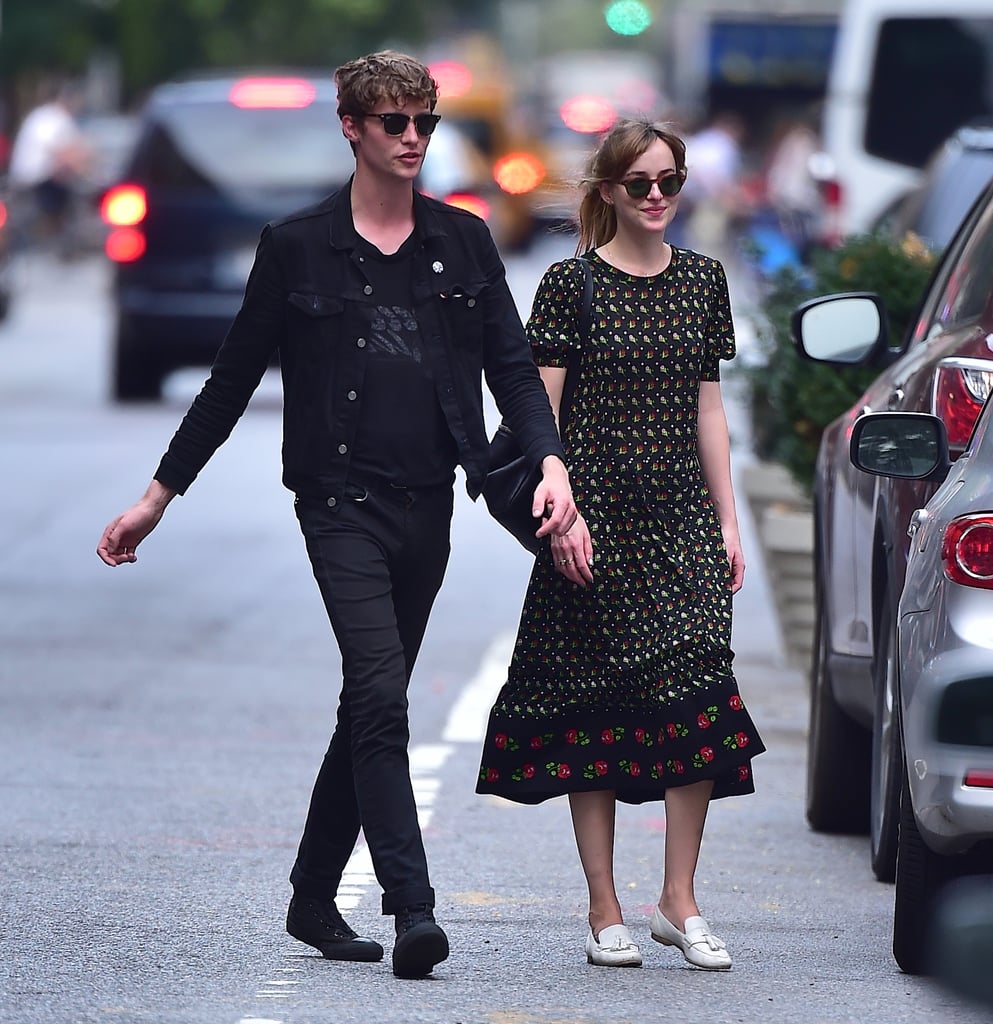 Dakota Johnson traded Christian Grey for Drowners frontman Matthew Hitt on Wednesday when the young couple hit the streets of NYC for a PDA-filled walk. It isn't clear how long the two have been dating, but Dakota was most recently involved with actor Jordan Masterson, and he had visited Dakota on the set of Fifty Shades of Grey back in January. Matthew, meanwhile, knows a thing or two about dating famous kids (Dakota is the daughter of Melanie Griffith and Don Johnson) as he was previously linked to Atlanta de Cadenet Taylor, the daughter of Amanda de Cadenet and Duran Duran's Nigel John Taylor. The two are both in NYC for work, as Dakota is promoting the new trailer for Fifty Shades of Grey alongside her costar Jamie Dornan, and Matthew is touring the area with his band. Dakota and Jamie were up early on Thursday morning when they made a stop by the Today show for their first joint TV interview.