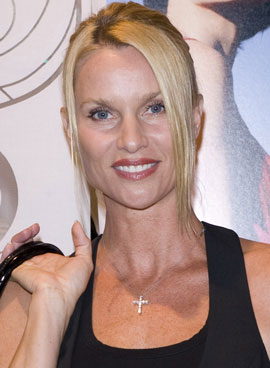 Nicollette Sheridan is suing Marc Cherry, the creator of TV show Desperate Housewives, for more than $20million alleging assault and wrongful termination of her contract.

Nicollette alleges the assault happened on Sept 24 2008 at a rehearsal for the show, the lawsuit claims: "When Sheridan questioned Cherry about something that was in the script, Cherry took her aside and forcefully hit her with his hand across her face and head." He apparently apologised and Nicollette went to the American TV network ABC to complain. Her contract was terminated in February 2009.

ABC have responded, saying: "While we have yet to see the actual complaint, we investigated similar claims made by Ms. Sheridan last year and found them to be without merit."