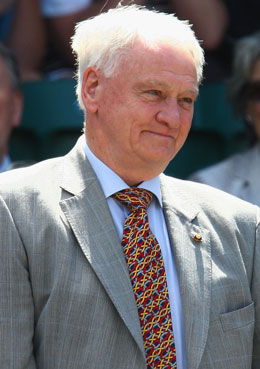 Sir Bobby Robson has sadly died of cancer at the age of 76, after a long battle with the disease.

Sir Bobby made his footballing debut in 1950, but was best known as a manager. He managed the England football team from 1982 until 1990, getting England to the semi-finals in the 1990 World Cup. On Sunday he was at St James' Park with 33,000 supporters as a team including several of Robson's 1990 England squad took on a Germany XI to raise money for Sir Bobby's own cancer charity.

Our thoughts are with his family, friends and fans at this sad time.