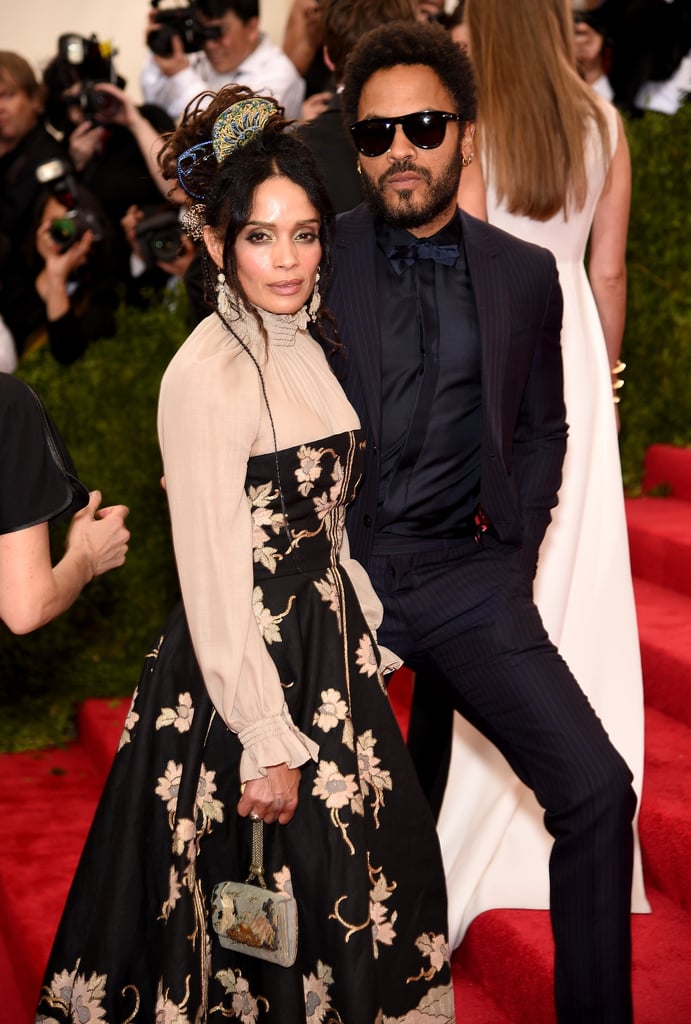 We couldn't believe our eyes when former married couple Lenny Kravitz and Lisa Bonet hit the red carpet together at the Met Gala in NYC on Monday. The duo, who were married from 1987 to 1993, arrived side by side in coordinating looks and posed for photos before heading inside. It's the first time we've seen them at an event together since the late '80s, and what made the appearance even better is that their 26-year-old daughter, actress Zoë Kravitz, was also in attendance; the Insurgent star showed skin in a chain-mail dress and stayed close to Miley Cyrus, who wore an equally sexy cutout gown.

While it shocked us to see the exes on the red carpet together, it's worth noting that Lisa and Lenny were also spotted taking a friendly stroll together in LA back in March, and Zoë spoke of their continued friendship recently as well, telling Ocean Drive magazine that her parents, "have so much love for each other," adding that Lenny and her stepfather, Jason Momoa, "get along really well." Keep reading to see Lisa and Lenny on the red carpet together!

Celebrity Instagrams
Gwen Stefani and Blake Shelton May Be an Unlikely Pair, but Their PDA Speaks Volumes
by Britt Stephens 4 hours ago