There were lots of happy music acts at tonight's Brit Awards. Tinie Tempah won two out of the four for which he was nominated, and Arcade Fire also picked up two awards. The other international awards went to Justin Bieber, Cee Lo Green, who sang with Paloma Faith, and Rihanna, who performed in two outfits. Cheryl Cole presented Rihanna with her award and revealed she has a girl crush on her! Winners in the British categories include Take That, Laura Marling, Plan B, and Mumford and Sons, and Jessie J got emotional when she picked up her critics' choice award. Check out all the women, men, and couples on the red carpet, and vote on FabUK and BellaUK's polls. See the full list of winners and more pictures after the jump. 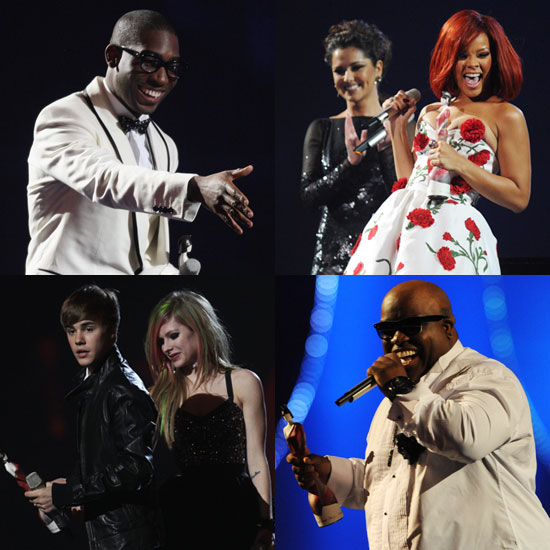 To see the full list of winners and more pictures, just read more.