Beyonce has been nominated for ten Grammy awards, and Taylor Swift has been nominated for eight for the 52nd annual ceremony. The nominations were announced at a concert last night where Black Eyed Peas and Nick Jonas & the Administration performed, while Katy Perry, LL Cool J, Ringo Starr, Smokey Robinson and others announced the acts that have been honoured with a nomination. We'll have to wait until 2010 for the ceremony, but you can be sure that there were some celebs partying last night thanks the the announcements, including David Guetta, Drake and Maxwell who all attended. Check out ALL the nominations under the cut! 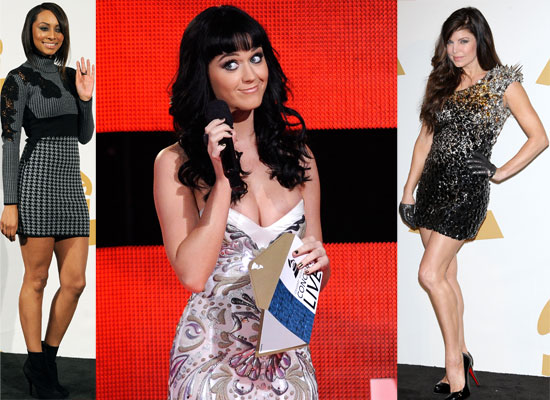 To see more photos and the full list of nominations, just read more.

RECORD OF THE YEAR
"Halo," Beyonce
"I Gotta Feeling," Black Eyed Peas
"Use Somebody," Kings of Leon
"Poker Face," Lady Gaga
"You Belong With Me," Taylor Swift

SONG OF THE YEAR
"Poker Face," Lady Gaga
"Pretty Wings," Maxwell
"Single Ladies (Put a Ring on It)," Beyonce
"Use Somebody," Kings of Leon
"You Belong With Me," Taylor Swift

BEST MALE POP VOCAL PERFORMANCE
"This Time," John Legend
"Love You," Maxwell
"Make It Mine," Jason Mraz
"If You Don't Know Me By Now," Seal
"All About the Love Again," Stevie Wonder

BEST ROCK PERFORMANCE BY A DUO OR GROUP WITH VOCALS
"Can't Find My Way Home," Eric Clapton and Steve Winwood
"Live in Technicolor II," Coldplay
"21 Guns," Green Day
"Use Somebody," Kings of Leon
"I'll Go Crazy If I Don't Go Crazy Tonight," U2

BEST COUNTRY COLLABORATION WITH VOCALS
"Beautiful World," Dierks Bentley and Patty Griffin
"Down the Road," Kenny Chesney and Mac McAnally
"Start a Band," Brad Paisley and Keith Urban
"I Told You So," Carrie Underwood and Randy Travis
"Everything But Quits," Lee Ann Womack and George Strait 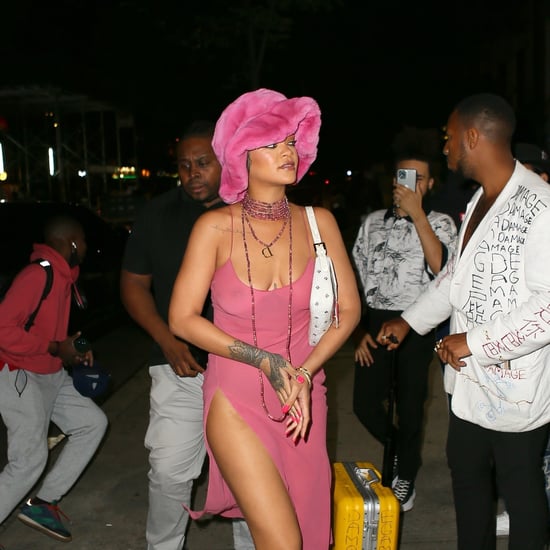 Celebrity Tattoos
Rihanna Covered Up the Matching Shark Tattoo She Got With Drake, So Sorry to That Man
by Danielle Jackson 25/6

Award Season
Drake Brought Out His Son While Being Honoured at the BBMAs, and It Was So Precious
by Monica Sisavat 24/5