The MOBO awards took place last night at the Echo Arena in Liverpool. Alesha Dixon walked the red carpet in a black and pink dress with standout shoulders, she hosted the event alongside Reggie Yates and also performed at the ceremony. Tulisa Contostavlos from NDubz posed with her bandmates before winning the best song award for "Playing with Fire", while Corinne Bailey Rae looked elegant in a black gown. The gorgeous boys from JLS won two awards, as did Tinie Tempah — check out the full list of winners after the jump. FabUK wants to know who you think was best dressed on the red carpet. 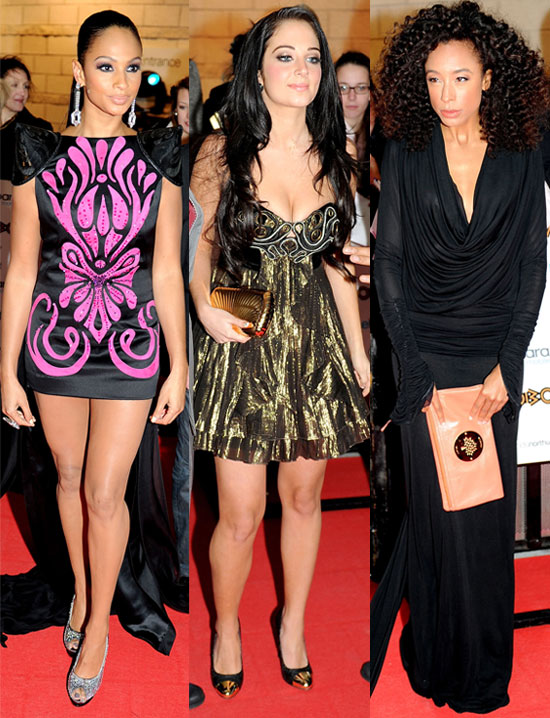 To see more photos from the MOBOs, plus all the winners, just read more.