During Jonathan Ross' opening speech at the BAFTAs tonight, he explained that during the night a winner would be read out and "whichever member of the cast or crew of The King's Speech that has won" would come up to the stage and collect the award. That was a fair assumption of the night that was to follow as the movie swept the board, with awards for Colin Firth, Helena Bonham Carter and Geoffrey Rush. The Harry Potter cast, Chris Morris, Tom Hardy and Natalie Portman were also among those honoured with awards tonight — here are all the winners! 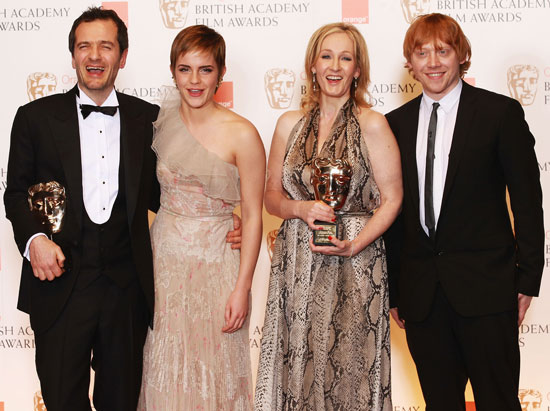 To check out all the winners, just read more.