The Grosvenor House Hotel in London played host to the 2008 Q Awards yesterday, presented by Alan Carr and attracting an eclectic mix of acts from the music industry. Coldplay were the big winners, and picked up awards for Viva La Vida Or Death And All His Friends as Best Album and also Best Act In The World Today. Duffy won Best Breakthrough Act at the ceremony, but picked up her award via video link. 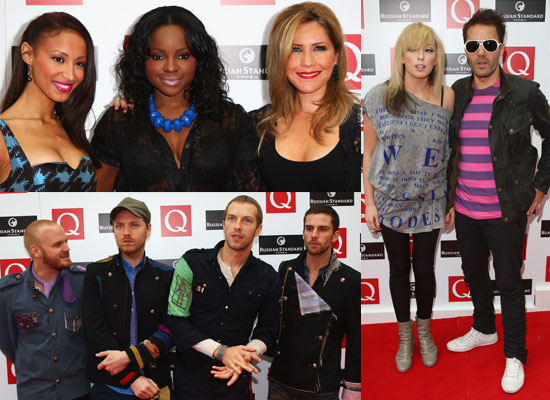 The Kaiser Chiefs picked up Best Live Act, and there were awards for the classics too. Meat Loaf picked up a gong for the classic "Bat Out Of Hell" for the Classic Song category — no argument there — and the Outstanding Contribution To Music Award went to former Pink Floyd guitarist David Gilmour.

To see lots more photos of the winners and guests from the 2008 Q Awards, as well as the full list of winners, just read more.

Best Album: Coldplay Viva La Vida Or Death And All His Friends