The 2009 Oscars took place in LA last night with our fellow Brits taking home a huge number of awards! Slumdog Millionaire was the big winner with eight gold statues including Best Picture and Best Director for Danny Boyle, while Kate Winslet won Best Actress for her role in The Reader — here's what she had to say in the press room following her win! Sean Penn won Best Actor for his role in Milk, beating out Mickey Rourke to the gong, while Penelope Cruz and Heath Ledger won the Best Supporting trophies, with Heath's award being picked up by his family. Pop, Buzz and Molly attended the ceremony, so don't forget to check out all the gossip from them, and stay tuned to PopSugar UK for more news! 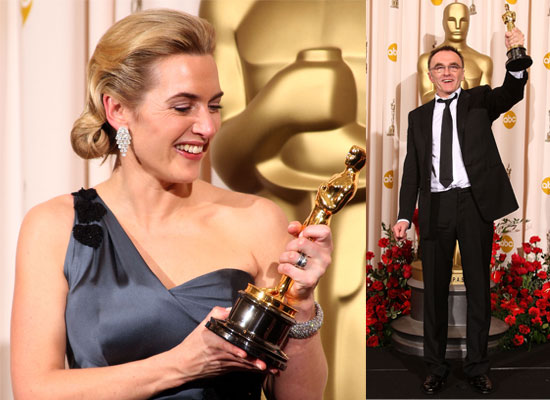 Wall-E, Man On Wire, The Duchess and The Curious Case of Benjamin Button all won statues at the ceremony last night, so for a full list of winners, and photos from the press room of the presenters and winners, just read more.