We've seen all the red carpet gowns and gorgeous guys on the red carpet at the National Television Awards and now it's time to check out all the winners! The show started with hilarious sketch featuring Matt Smith as Doctor Who and host Dermot O'Leary. Ant and Dec won the entertainment presenter category for the tenth year in a row — though sadly they couldn't be there as they're filming Britain's Got Talent. 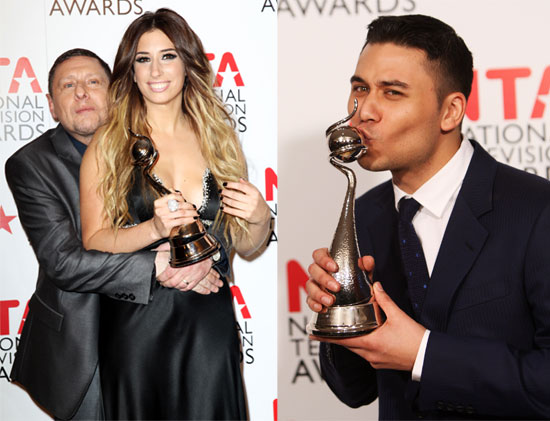 Stacey Solomon opened the show with a duet with Shaun Ryder, and they picked up the award for best entertainment programme for I'm A Celebrity Get Me Out Of Here, while Ricky Norwood won the best newcomer award for Eastenders. Stephen Fry presented the special recognition award to Bruce Forsyth, while Eastenders picked up the coveted best serial drama award.

To see the full list of winners, and lots of photos from the press room, just read more.