Robert Pattinson and Kristen Stewart finally wrapped Eclipse in Vancouver at 4:30am yesterday, and the two were spotted at Vancouver airport later in the day to head home to LA. The Twilight twosome were doing their best to avoid attention, walking separately with shades on, with Kristen hiding under her hood and Rob wearing a hat. If rumours are to be believed, the alleged couple have split up recently, but with all the upcoming publicity for New Moon about to kick off, they'll certainly be spending a lot of time together! If Twilight fever has hit you as much as it has us, be sure to check out TwilightSugar, and pick up some cool gear! 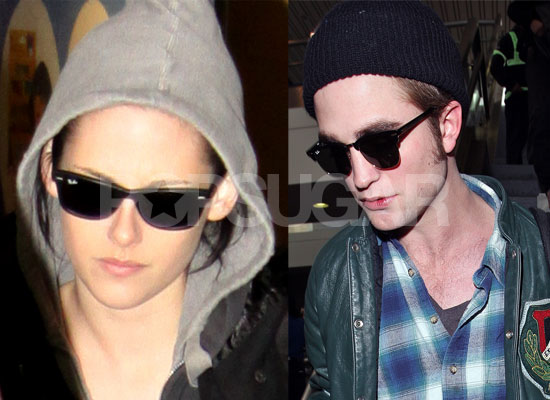 To see many more fab photos of Rob and Kristen at Vancouver and LAX airports, just read more