London Film Festival continued apace yesterday, with several American actors on our shores promoting their latest films. Jason Bateman, Kristen Bell, Malin Akerman and Vince Vaughn brought the sun and sand with them for their Couples Retreat press conference during the day, and then once the sun had gone down George Clooney walked the red carpet once more, this time for the premiere of The Men Who Stare At Goats. He was without his costar Ewan McGregor unfortunately, but Elisabetta Canalis was happy to join him for a PDA. 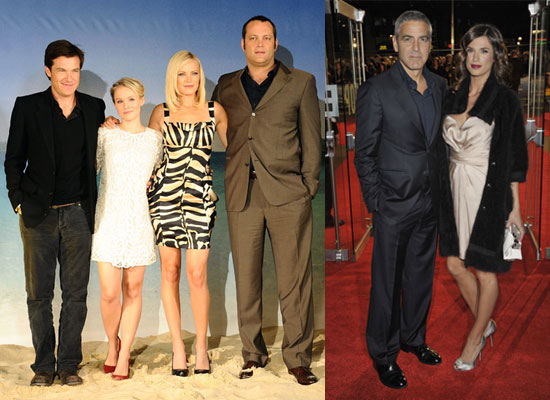