Katie Price braved the rain yesterday as she returned to her car after visiting a beauty salon in Brighton, while her boyfriend Alex Reid has been braving rumours he's a cross-dresser called Roxanne. While it was initially reported by her spokesman that Kate accepted Alex's dual identity, and even named her new horse Jordan’s Cross Dresser in honour of his hobby, it is being reported today that Alex fears Kate is about to dump him and he allegedly told his ex-girlfriend he thinks Kate made up the story to set up the end of their relationship. 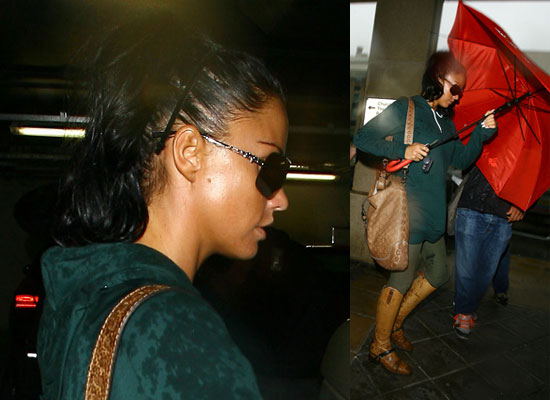