Several actors walked the red carpet this weekend at the London Film Festival and Rome Film Festival. Nicholas Hoult, Tom Ford, Colin Firth and Matthew Goode looked handsome in their suits at the premiere for A Single Man in London, and the capital also saw the premiere of Viggo Mortensen's The Road. Helen Mirren was in Rome for the The Last Station, and Terry Gilliam and Lily Cole were also in Italy for The Imaginarium Of Doctor Parnassus premiere. Director Jason Reitman was in London for the premiere of Up in the Air on Sunday, having joined George Clooney and Elisabetta Canalis for the Rome premiere the night before! As part of his promotion for his films, George has opened up about his relationships and growing old: 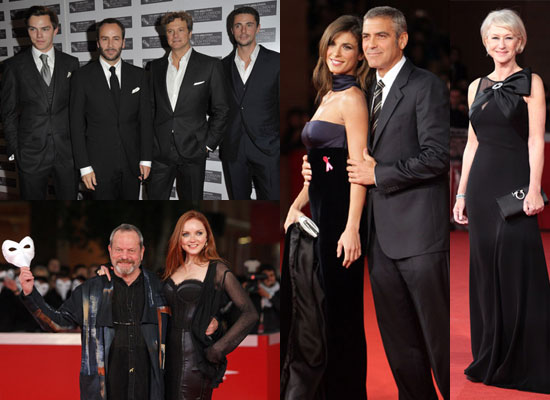 George also revealed he played a prank on Matt Damon to make his pal think he was gaining weight, and is working on a prank for his next victim Brad Pitt!