Several celebrity couples came together for the launch party of the Louis Dundas Centre for Children's Palliative Care at Claridge's last night. Even though his business is feeling the pinch it was the third big event for Gordon Ramsay and Tana this week, having celebrated Simon Cowell's 50th, and attended the Pride of Britain Awards with fellow launch partygoers Emma Bunton and Jade Jones. Geri Halliwell was once again making headlines with her choice of dress, having worn an outfit from 2002 to the Breast Cancer Fashion Show on Wednesday. Other couples at the launch included Elton John, David Furnish, Liz Hurley and Arun Nayar. 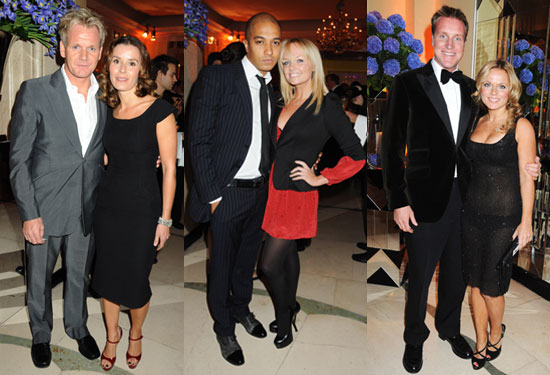