The stars were out in Glasgow last night as the MOBO Awards hit the city, with N-Dubz and heartthrobs JLS both taking two trophies home each! N-Dubz won Best UK Act and Best Album, while Marvin, Aston, Oritse and JB received Best Newcomer and Best Song for "Beat Again". Reggie Yates and Keri Hilson hosted the ceremony which included a Michael Jackson tribute introduced by LaToya Jackson and including performances by Jermaine Jackson, Shaheen Jafargholi and Diversity. Beyoncé Knowles also won two awards but was absent from the ceremony, while guests included Skins' Luke Pasqualino and Merveille Lukeba, Katie Leung, Alexandra Burke, VV Brown, Peter Andre, Kelly Rowland and many more. Check out FabUK's look at all the red carpet style including Alexandra's gorgeous glittery number! 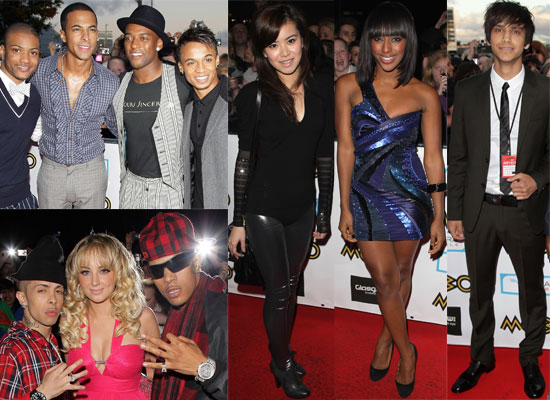 To see more photos of all the stars, plus a full list of winners from last night, just read more.