Robbie Williams kicked off the BBC Electric Proms tonight with a gig that included several new songs from his new album Reality Killed the Video Star. It's been heralded by critics and guests as his official return to the stage, after a faltering performance on The X Factor a fortnight ago. Famous members of the audience included Sir Ian McKellen, Ant McPartlin, Declan Donnelly, Will Young, Geri Halliwell, Chris Evans and James Corden — who was shown in the BBC coverage dancing happily on the balcony. 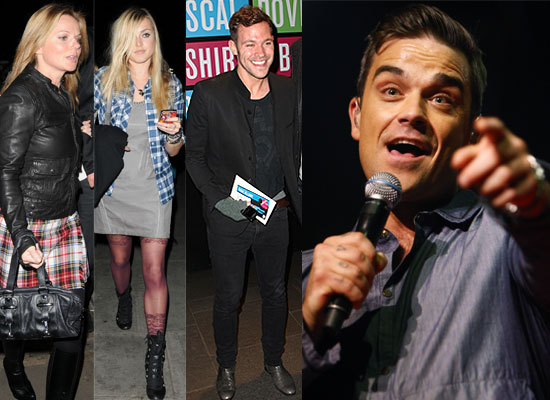 Robbie also broke a world record last night as the gig was broadcast live to 250 cinemas in 23 countries! If you missed the show you can catch up here — looks like he's well and truly back!