It was a cold day in New York yesterday, but the Gossip Girl cast were out on the streets filming new scenes for the third series of the show — currently airing on Wednesdays on ITV2. Leighton Meester changed from some comfy looking boots into some high stilettos as they shot scenes, while Blake Lively wrapped up in a duvet-replacement coat during her breaks. The cameos on the show this season look set to get a lot more posh, as Victoria Beckham is said to have landed a role in an upcoming episode. I'd love to see her and Blair in a pout off! 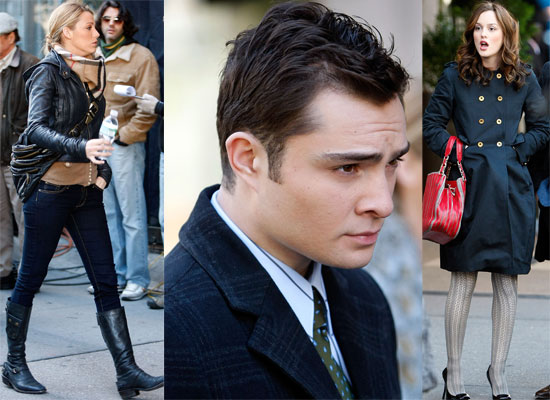