Here's some Friday manjoyment for you — those Gossip Girl guys were spotted filming alongside their musically talented costar Leighton Meester this week. Ed Westwick looked rather handsome in his brown leather jacket as he picked up something to eat, while in a different part of New York Chace Crawford was happy to have a couple of photos taken as he walked down the street. The show is currently causing some controversy due to an upcoming threesome storyline which the Parents' Television Council has said is not appropriate for the teenage audience — most fans are just wondering who's going to be involved in the plot! Who do you think is going to get involved? 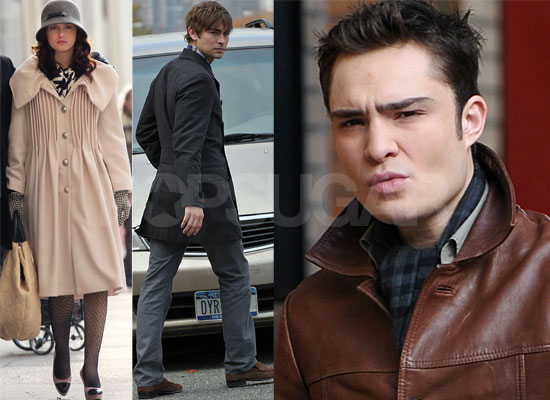