Did you watch Gossip Girl last night? I'm avidly watching the third season of the show at the moment, and the cast are still busy in New York filming further episodes. Yesterday Penn was caught by autograph hunters as he took a break, while Taylor sported her shades to check on her phone — her legs seem to get longer in every picture! Ed Westwick took time out to smoke a cigarette and check his own messages, perhaps from castmate Chace Crawford who is currently preparing for his new movie Footloose in the city. Director Kenny Ortega says that Chace is doing dance training alongside his TV commitments, so it's safe to say he must be a very busy guy right now! 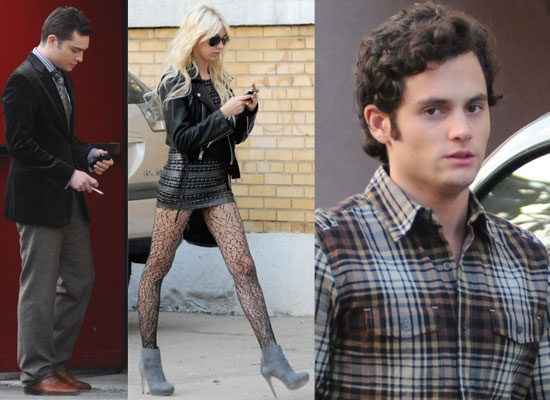