Kate Hudson is looking super fit and toned as she stars on the front cover of December's issue of Elle magazine! She talked to them exclusively about a range of subjects from her upbringing, to her rumoured engagement and her thoughts on cosmetic surgery. Here's some extracts from her interview: 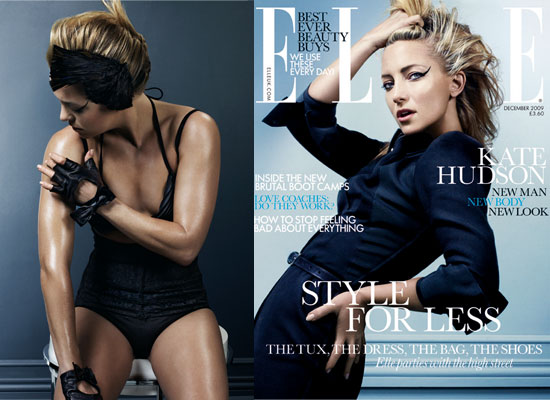 To see what Kate has to say on her upbringing and the joys of being a girl, just read more.

Kate's full interview appears in the December issue of Elle, on sale tomorrow!