Kristen Stewart arrived at LAX airport yesterday to catch a flight back to Vancouver to resume filming the third Twilight movie, Eclipse. Kristen's been promoting the second movie New Moon tirelessly recently, appearing on magazine covers from arty Interview, to the teen-friendly Seventeen and she recently spoke to Allure about her appearance in candids when she's out and about at home and in Vancouver, saying: 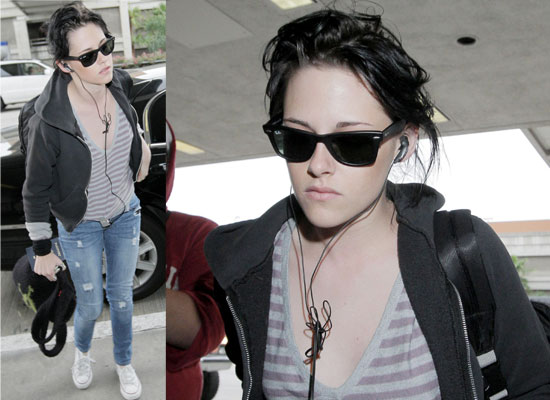 "I go outside, and I’m wearing a funky T-shirt and my hair is dirty, and people say, 'What’s wrong with her? She needs to invest in a hairbrush.' I'm like, don't you get it? I'm not that girl! It's not like I was really clean cut last year."

Do you love that she's not letting her fame change her?

To see more photos of Kristen at the airport, just read more.