Kristen Stewart and Taylor Lautner arrived in Brazil at the weekend to take part in a press conference in Sao Paulo to publicise the upcoming release of New Moon. Kristen and costar Robert Pattinson arrived back in LA after wrapping third Twilight movie Eclipse last week, but it was a whistlestop tour as Rob was then spotted smiling and signing autographs at an airport in Japan this weekend! Taylor and Kristen were looking happy as they posed for photos yesterday — I'm sure they're excited to get New Moon out and hear the audience reaction! 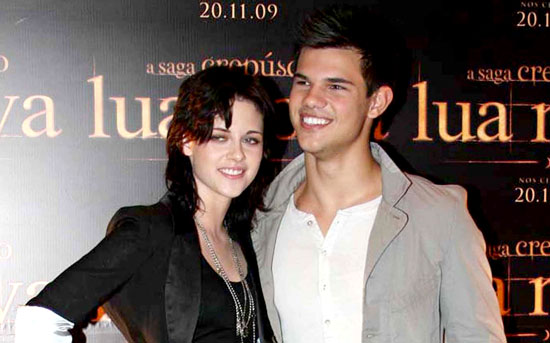 To see more photos of Kristen and Taylor, as well as a short clip of them arriving, just read more.