Russell Brand was out in LA with Katy Perry over the weekend, kissing her in her car as she dropped him off. The cute couple have been spending a lot of time together lately, and with Katy Europe-bound for the MTV EMAs this week, and Russell in London for a gig tomorrow night it looks like they'll be stealing some moments together over here too! In an interview with the Sunday Times published this weekend, Russell spoke a little about how Katy's changing his life, here's some extracts from his fascinating interview: 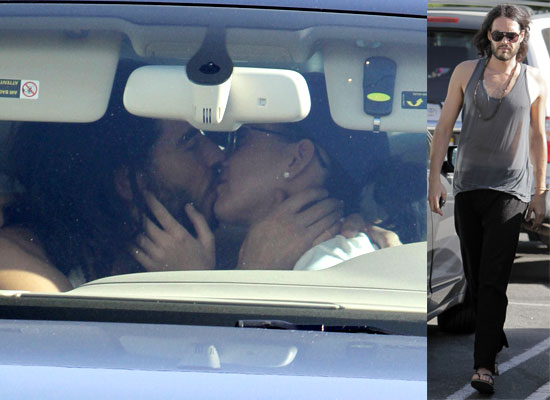