Sienna Miller looked stunning last night at the afterparty following the opening night of After Miss Julie on Broadway, in which she stars alongside Jonny Lee Miller. Hugh Dancy, Claire Danes, Rachel McAdams and Anna Wintour were among those in the audience, and Sienna beamed during the curtain call. Reviews have been mixed so far for her Broadway debut, but Sienna looked relaxed and happy at the afterparty in a gorgeous Balmain dress. Stunning! 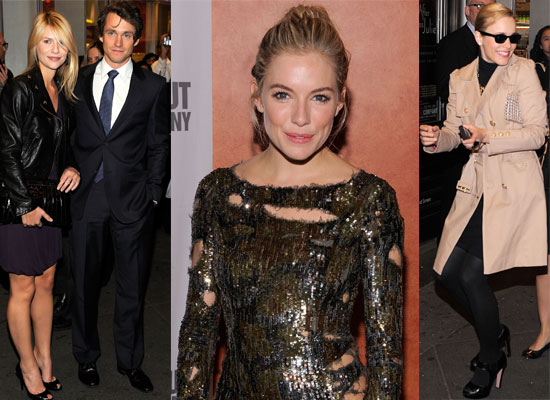 To see photos of Sienna on stage during After Miss Julie's opening night and more from the after party, just read more.