After being part of the Take That reunion of sorts at last week's Children in Need gig, Lily Allen has been touring the UK. Charitable Lily auctioned a pair of her trainers off at the Mothers4Children garage sale this weekend, and the busy singer performed last night in Sheffield, wearing dark lipstick! She'll be in Manchester for the next couple of nights then travelling around the country until she finishes the UK leg at Brixton Academy on December 17. With tour dates in Australia and back in the UK with Dizzee Rascal next year, it looks like 2010 will still be busy for Lily! 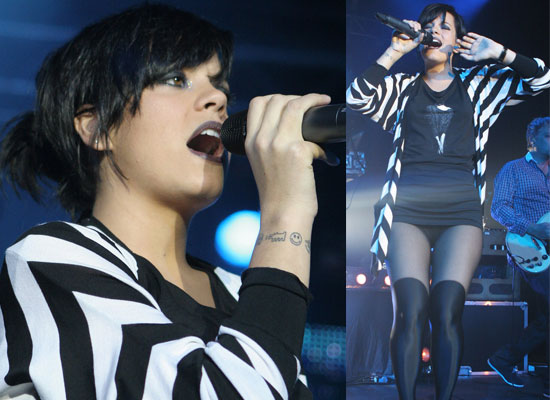