Robbie Williams had had a fantastic week, kicking off with the BBC Electric Proms on Tuesday, then hearing he would receive the Outstanding Contribution Brit at 2010's ceremony, and yesterday he put on a free surprise mini-concert for the people of Berlin. Robbie sang for forty minutes to the thousands of screaming fans who showed up for the open-air gig in front of the Max Schmeling Halle in Prenzlauer Berg. Robbie was spotted with his girlfriend Ayda Field backstage and then straight after the show he headed to a private jet clutching Peter Hook's book The Hacienda in his hand. I think it's safe to say his comeback is on track! 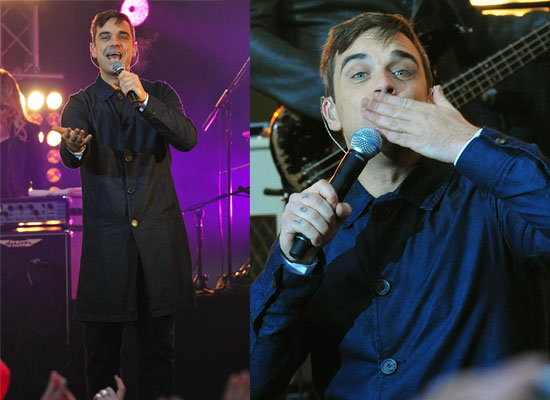